The Alfa Romeo Giulia is a series of sporty sedans from the Italian brand Alfa Romeo which were built between 1962 and 1978.
In the late 1950s, it became clear that the Giulietta needed to be replaced. The Giulietta was with 1290 cc the smaller version of the now more than ten years old 1900. On June 27, 1962 the Giulia TI was presented at the Monza circuit. The Giulia looked less like the Giulietta than expected and was very angular with straight lines. The design again came from Orazio Satta Puliga. Despite its “square” appearance, the air resistance of the Giulia was, due to the so-called Kamm-tail, still lower that that of, for example, a Porsche 911 from that time. The Giulia TI would remain in production for five years. 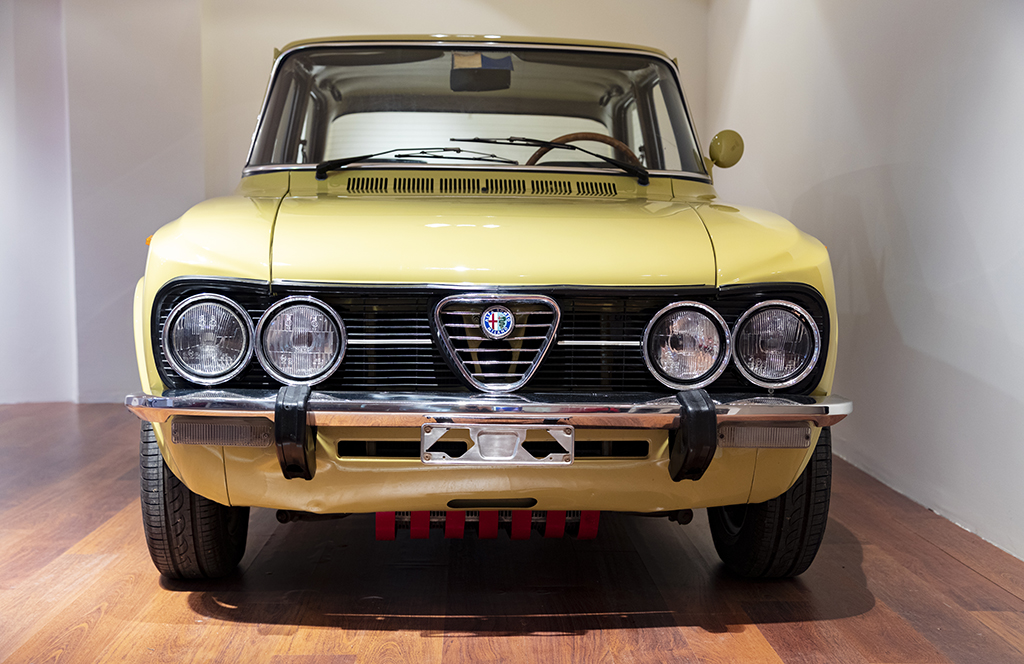 The engine structure was not changed from the Giulietta. By enlarging of the bore and stroke and the use of larger valves – at a more favorable angle – the power increased further. The Giulia received a double downdraft Weber carburettor and the maximum power cape to 92 hp, the top speed at 166 km/h. The biggest improvement over the Giulietta was the handling.
The Giulia became an economic success for Alfa Romeo and other variants soon followed this first model. In april 1963, Alfa introduced the sportier Giulia TI Super, of which eventually only 501 copies were made. The TI Super had thanks to two double horizontal Weber 45 DCOE carburettors a maximum power of 112 hp, a top speed of 184 km/h and was the first Giulia with disc brakes instead of drum brakes. In 1965 Giulia Super was presented at the Geneva Motor Show.
Due to the road taxes – in Italy based on the displacement - Alfa Romeo brought out the Giulia 1300 with a smaller engine. It was introduced in Monza in 1964 and owned a 78 hp engine. The top speed came to 155 km/h, not much lower than the larger version. A total of about 30,000 copies were made until 1971. From 1966 onwards the Giulia 1300 also made the ultimately very popular TI (Turismo Internazionale) version with a top speed of 190 km/h and in 1970 completed the better equipped Giulia 1300 Super the range. In 1974, the Giulia and Giulia 1300 received a facelift with the Nuova Super 1600 and Nuova Super 1300. Alfa Romeo Nuova Super 1300 (1290cc 104PK).
This copy comes from the South of Italy. The car is in perfect condition and has been completely restored over the years by its previous passionate owner.
This one Italian lady is completely corrosion free and is in very nice condition. In short, a beautiful and economical classic car with a nice sporty character.
This Alfa Romeo can be viewed by appointment at Art & Classics.
Construction year 1974 - 1290CC - Price: 16.500€ 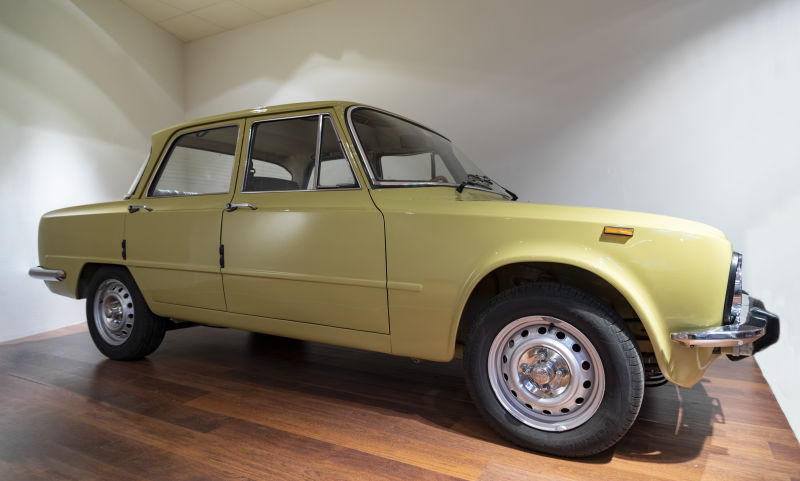 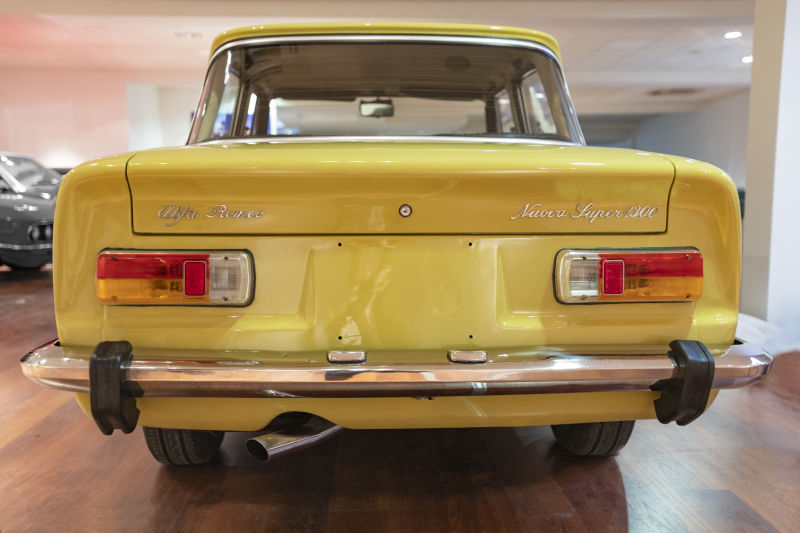 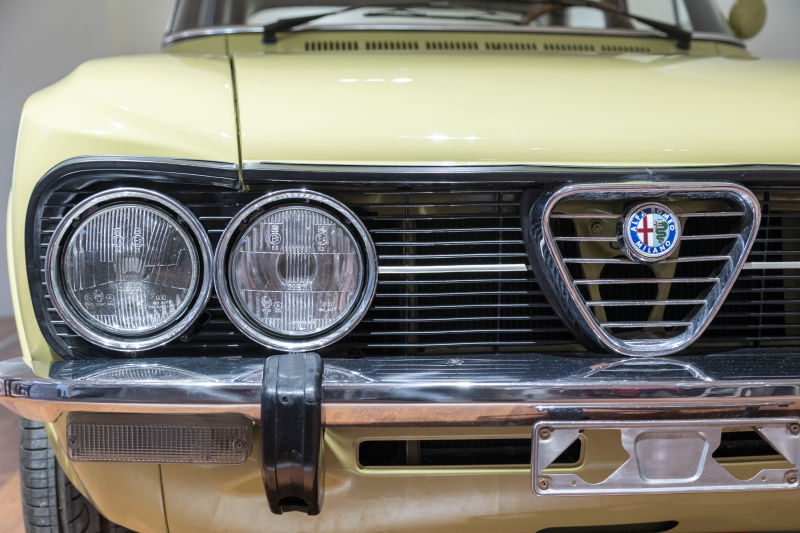 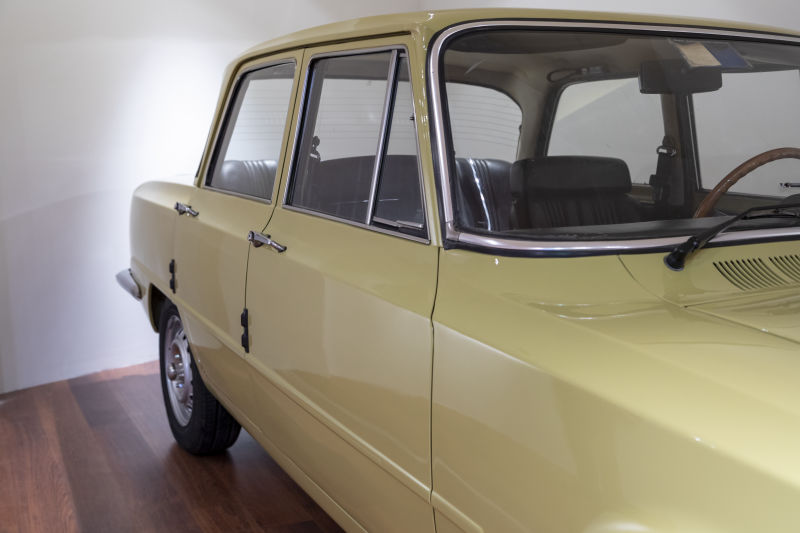 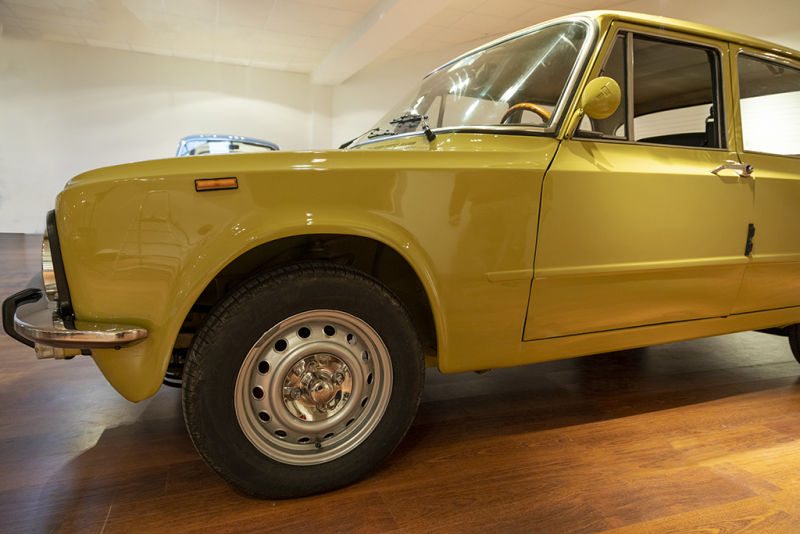 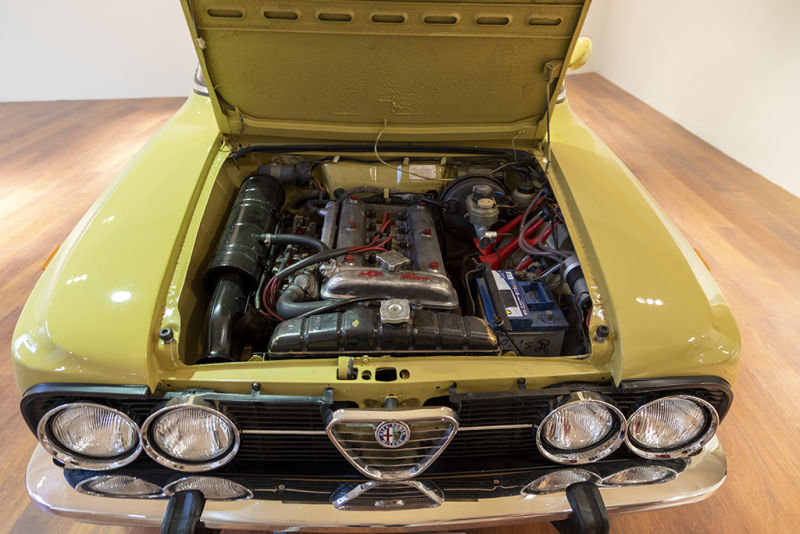 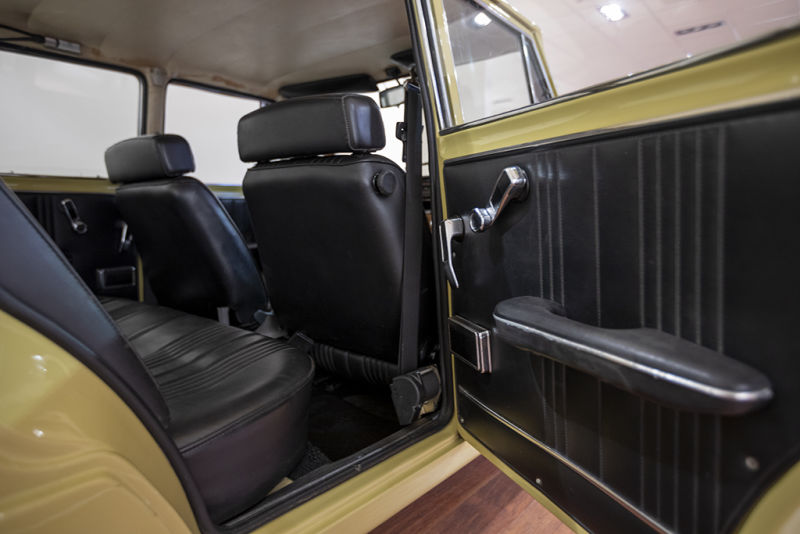 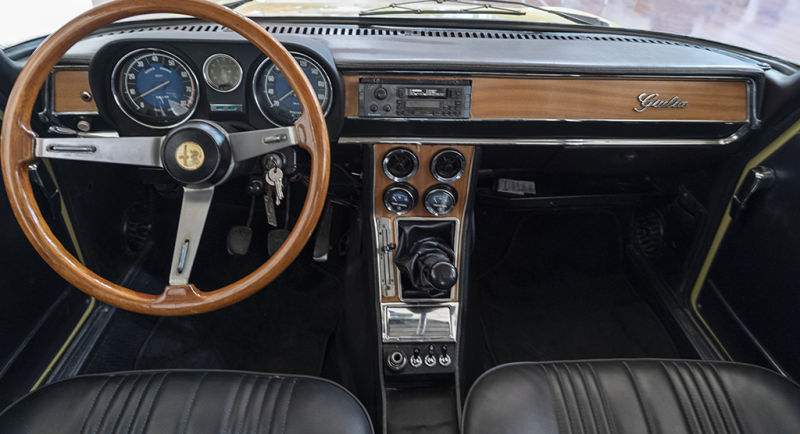 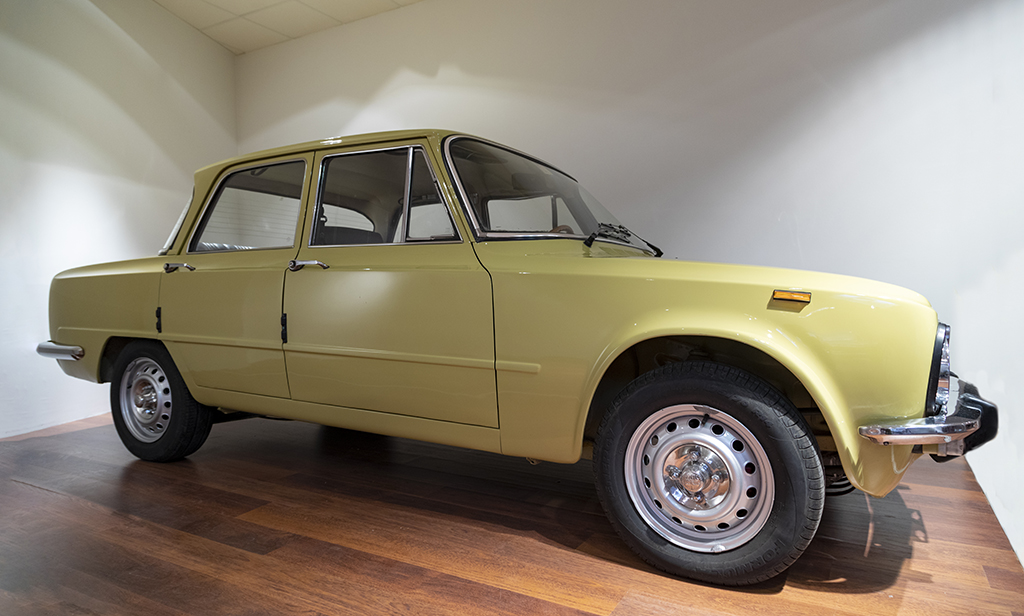 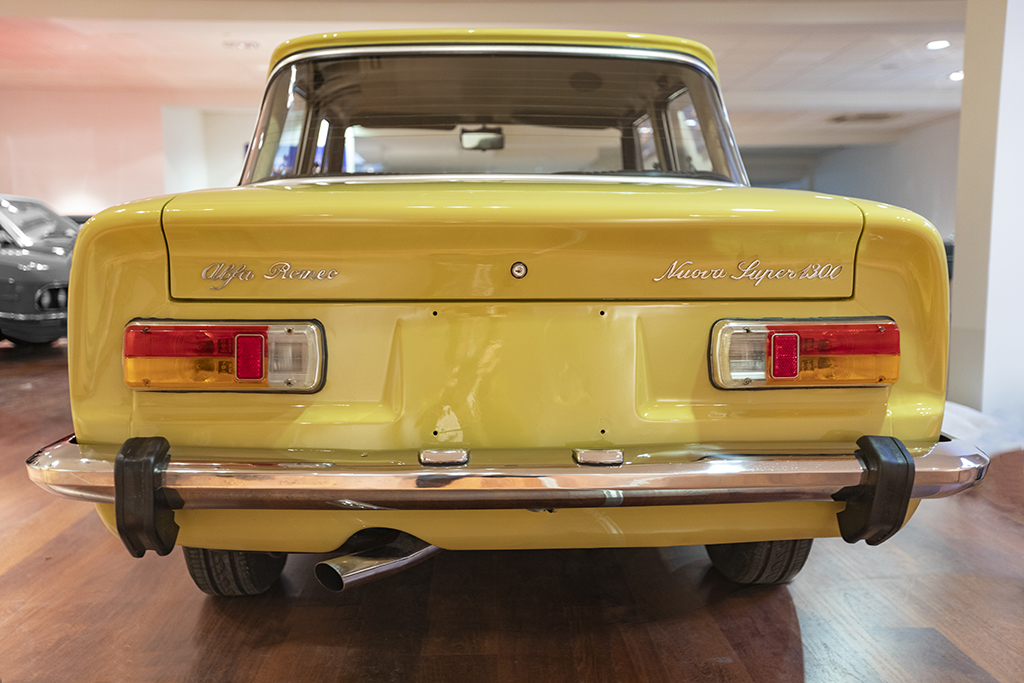 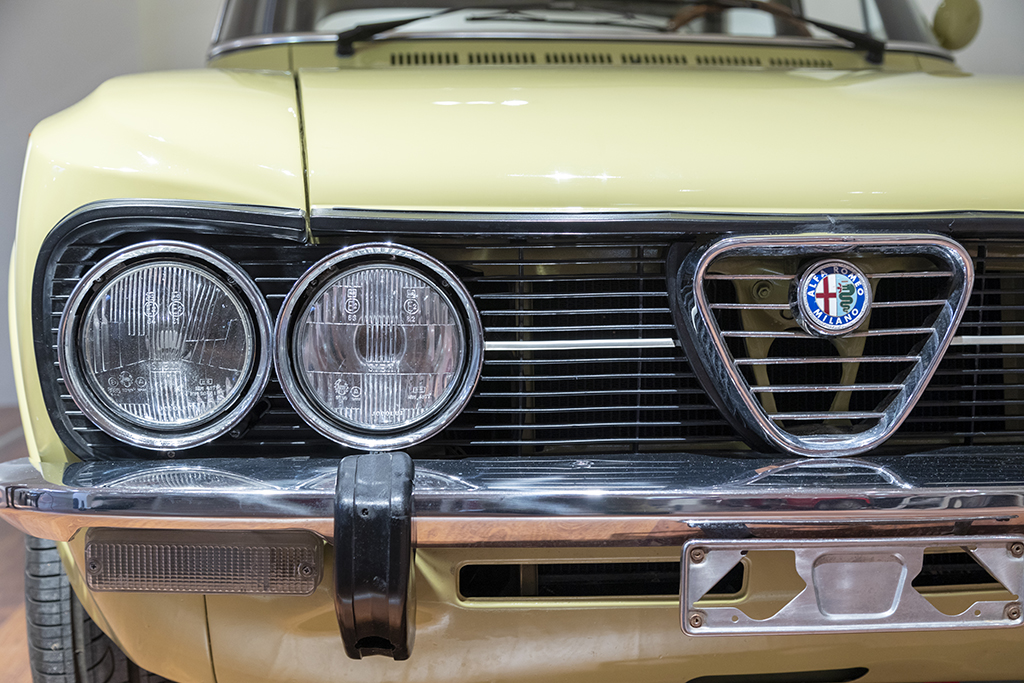 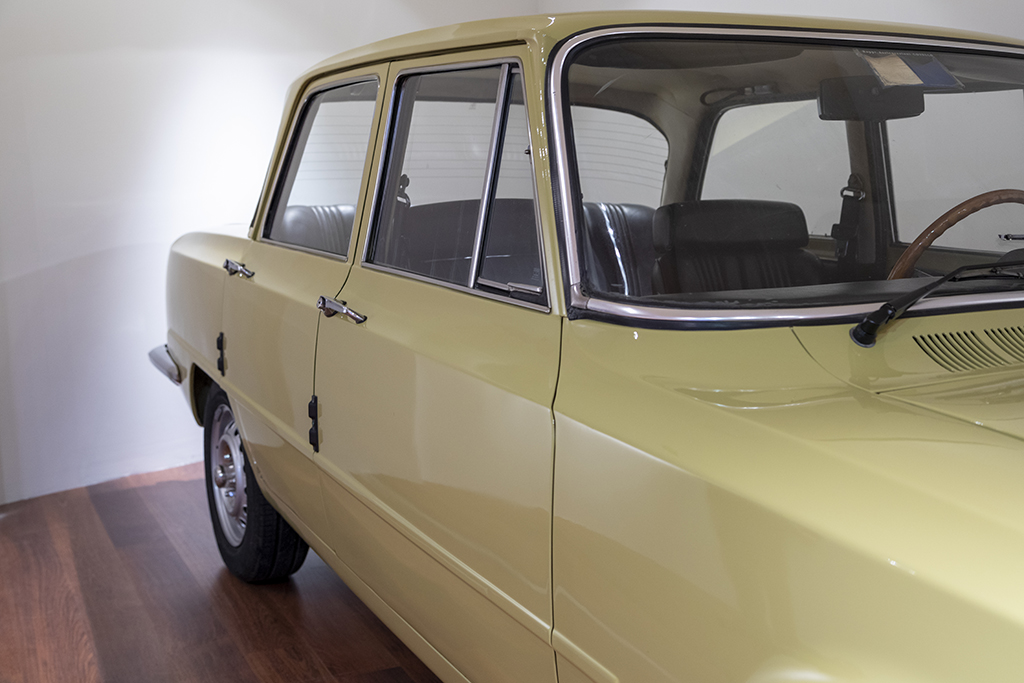 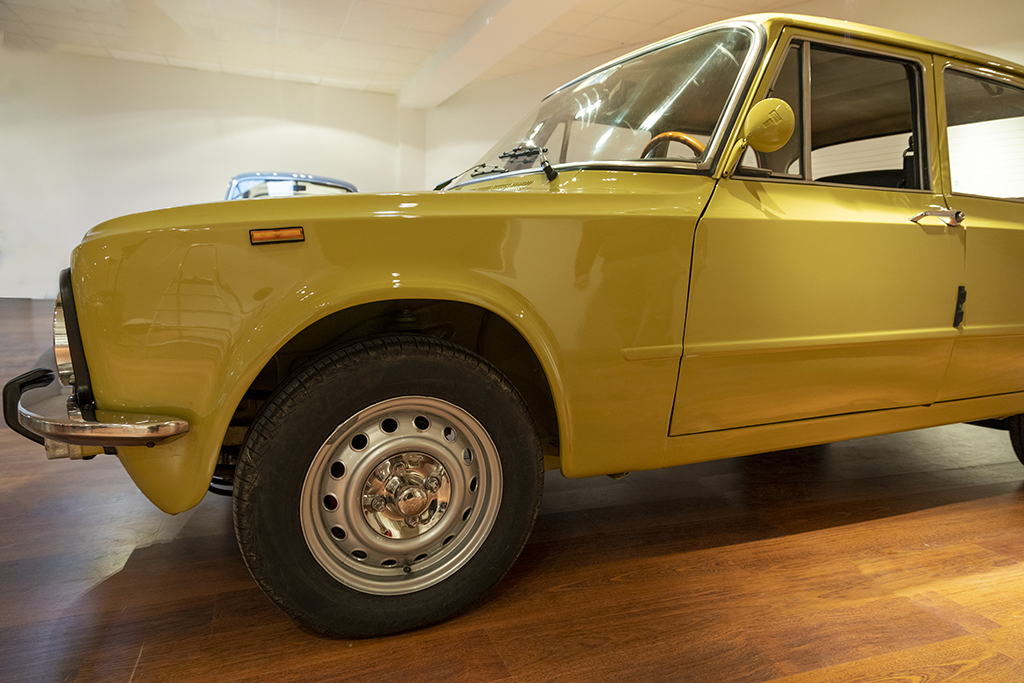 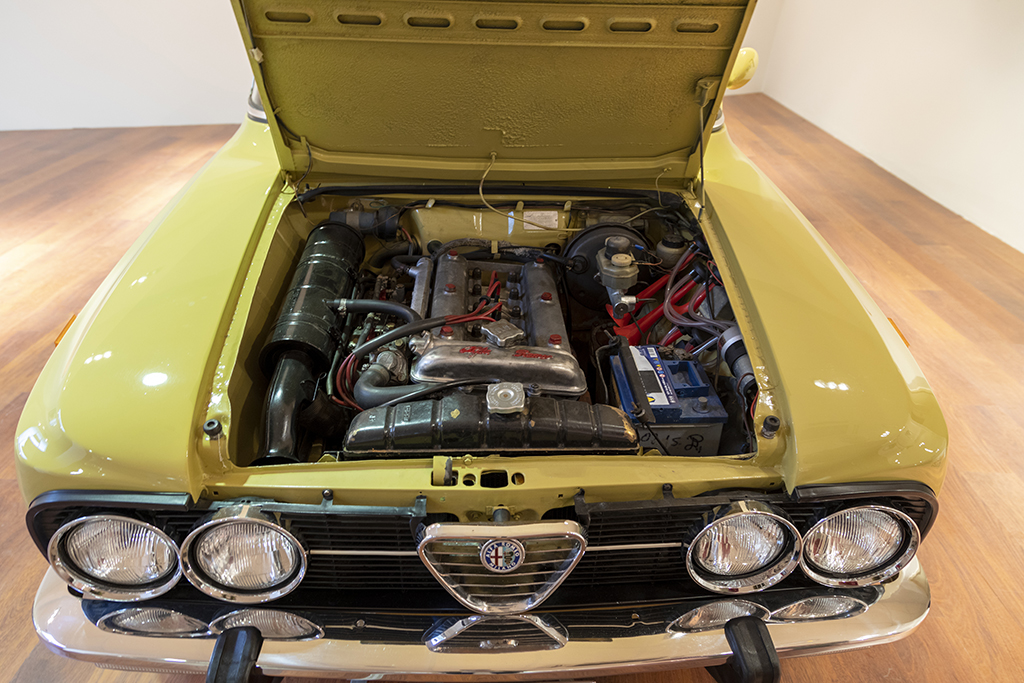 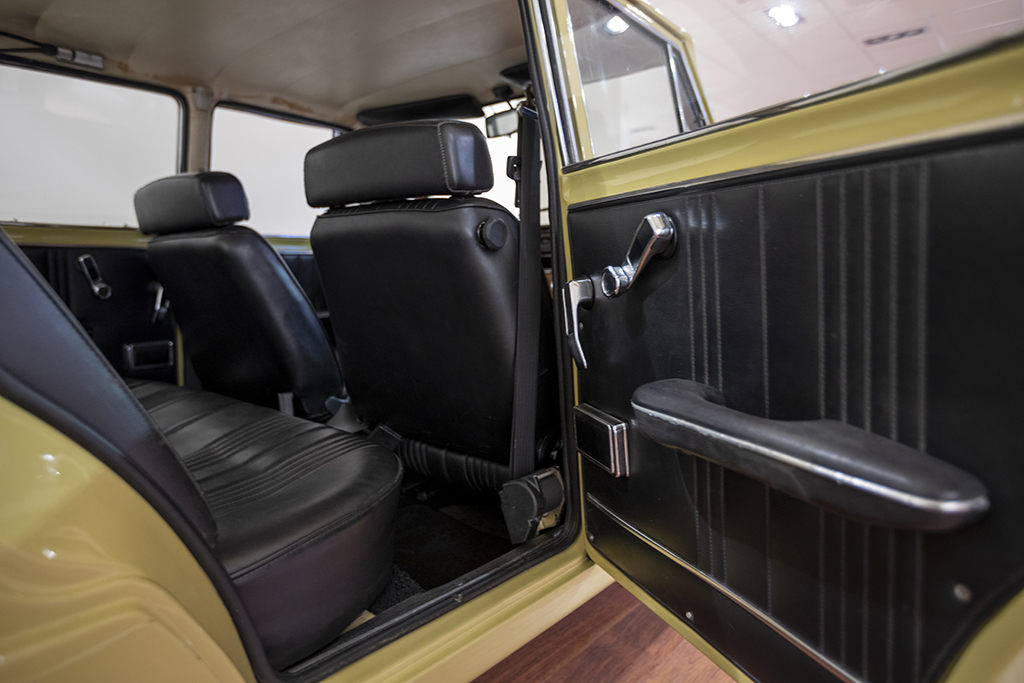 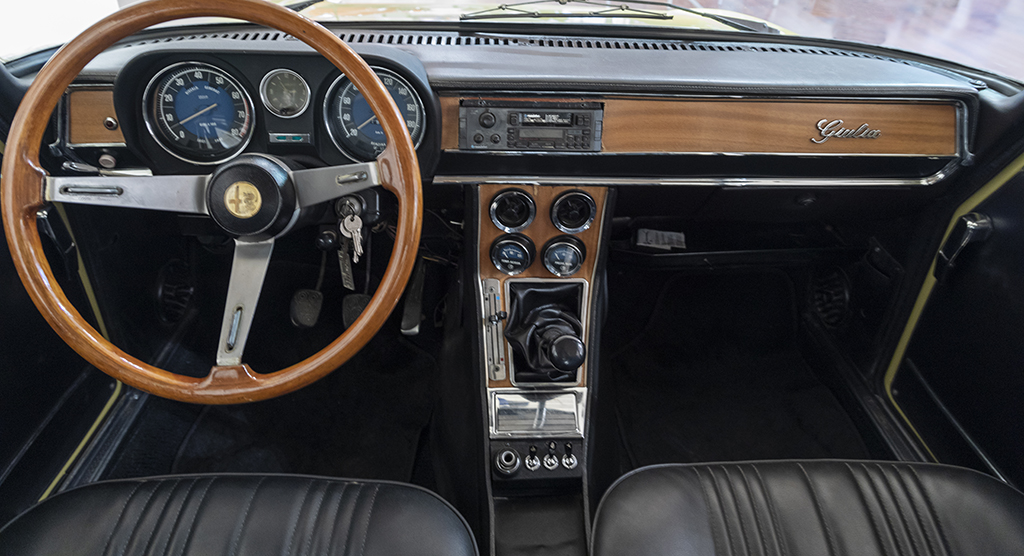